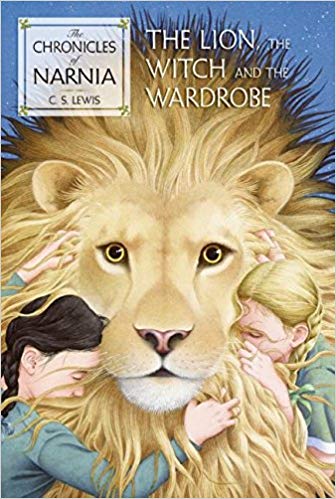 What it is: One of a series of seven books in the Chronicles of Narnia series, “The Lion, the Witch and the Wardrobe” is such a staple for readers of all ages that many schools make it required reading. The C.S. Lewis book follows four siblings as they venture into the land of Narnia, a frozen world dominated by the White Witch, who is in a power struggle with Aslan, the Great Lion.

What I love: First off, the book is a real page-turner. It’s full of adventure, interesting characters and ever-changing relationships between the siblings and the personalities in Narnia. While younger readers may read the story at face value, older readers may be able to analyze the metaphors and deep symbolism throughout. (Spoiler alert: C.S. Lewis was a lay theologian and his faith played a major role in his writing.) Despite the allegories to Christianity, the book stands alone as an entertaining read, offering real-world lessons on topics such as loyalty, good vs. evil, family, friendship, perseverance and bravery, among others. The best thing about this book, however, is its ability to appeal to all readers, regardless of age, gender, background or interest. Even children who are too young to read the book on its own could probably enjoy the audio version (or, dare I say, the movie).

What I’d change: My only suggestion would be to warn parents that there are a few very intense sad parts in the book. Eventually, everything has a happy ending, but even as an adult, I was moved to tears a couple times.